Deer Trail, a small city in Colorado, has been releasing licenses to shoot surveillance drones, at 25$ each. The vote on releasing the licenses was actually delayed, maybe also because the FAA warned that shooting UAVs is a crime.
The licenses release looks more as a political/promotional move at the moment, as it appears that as of today no drone was seen flying over Deer Trail.

Here is a video that features the story:

Here are a couple of related files: 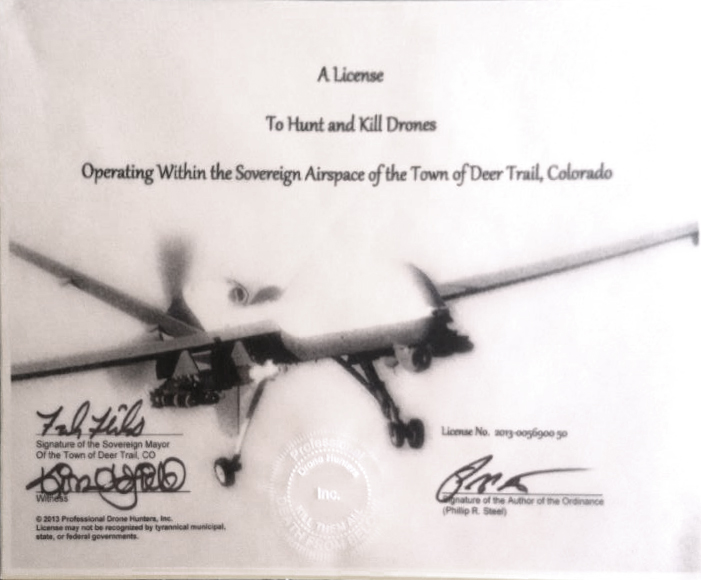