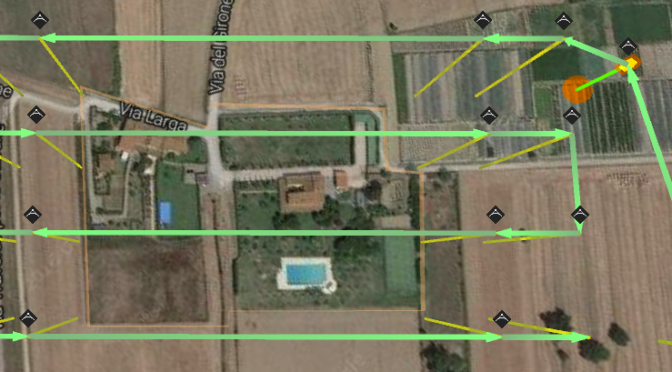 Latvia, Riga – March 7, 2017 – Before the introduction of small UAVs for aerial photogrammetry, planes, helicopters and metric cameras were used. Not only was this costly, it was also complex due to the images being taken from high altitudes. UAVs have made aerial mapping more affordable, faster and precise. When it comes to planning survey missions for small UAVs, UgCS is the right software for the job. It supports most UAV platforms and provides useful tools such as Photogrammetry tool, Image geotagging tool and other.

END_OF_DOCUMENT_TOKEN_TO_BE_REPLACED

Nature.org has a great story by Steve Shill, a Senior Scientist for the Caribbean Program, developing methods, tools, and information products for countries seeking to identify high priority conservation areas based on biodiversity value and risk assessments.

The story focuses on his project, carried out with his students, aimed at mapping marine habitats with a self constructed drone, made just for this purpose.

Have a look at this beautiful little bird called “Henri”:

“Weighing in at just under 5 pounds, “Henri” (named in honor of the king of Northern Haiti from the early nineteen century) has a tough, floatable KYDEX® frame equipped with a high-def GoPro camera, an GPS enabled-autopilot chip, and other navigation electronics tucked neatly inside an upside-down Tupperware container mounted on top that serves as a perfect waterproof housing.

Henri can be guided manually using remote control or via autonomous mode with a pre-programmed flight path.”

END_OF_DOCUMENT_TOKEN_TO_BE_REPLACED

On December 29, 2013, the flight of an UAV drone was detected over the International Airport of Beijing at 11:00 AM. The drone, an RC model airplane equipped with video camera, was flying at 100 Km/h.

An helicopter was sent to intercept the UAV, which tuned out to be a drone owned by a local company that was performing mapping operations of the airport. Although the operation was legal, the flight of the UAV was done without the proper authorizations and without warning the airport operators. Hence the alarm when the drone was spotted flying over the airport.

The departure of 10 civilian flights was delayed because of this accident.

The 4 man operating the drone are detained by the local police and have been charged with “endangering public security” and “seriously interrupting flight order”.