Finally finished the setup of the DJI Flamewheel F450  and went out for a first flight test very early in the morning at the park, with the idea to avoid kids. 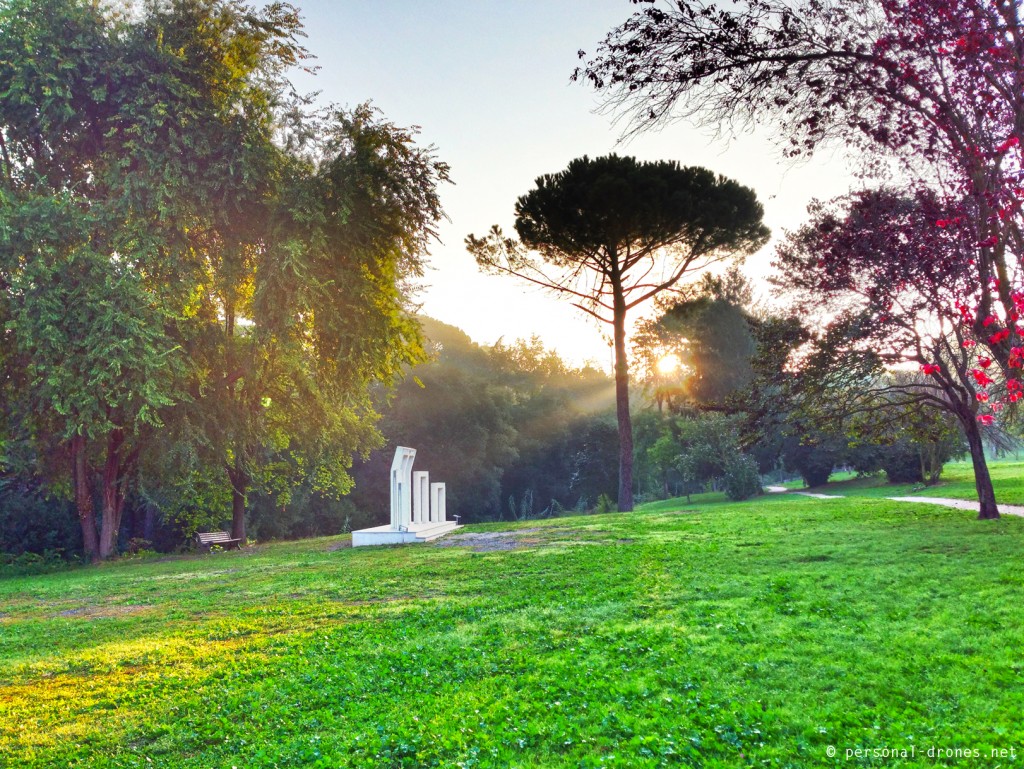 Love kids but I feel that at this stage (of my flying skills), it could be dangerous for them, as they tend to come close to see the strange flying thing and are totally unaware of the possible dangers, those rotating propellers are like blades.

I discovered that dogs, that are indeed at the park early in the morning, are as curious as kids:

Anyway it was my very first flight with a NAZA quadcopter, and it took a few tries to take off because of my poor acquaintance with the settings and led light codes. The quadcopter needs GPS calibration, entirely forgot about that. Then, in atti and atti GPS modes, the throttle becomes effective only after the midpoint, which was kind of misleading to me. At the end, all was good. Took a couple of short videos while the quad was locked in GPS mode, holds the position beautifully. Video is very short as I did not really trust the quad in this very first flight. Here you go: